Institutional pricing (libraries, universities, for use on tv/movies etc) . Please contact us for invoicing or a custom listing: $40

I created this May Day piece called Toma Las Calles, or “Take to the Streets,” at the invitation of a cooperative effort called Indig-nación. This group of folks came together in response to the Occupied Wall Street Journal that was published in New York and written entirely in English. People had a strong response to the newspaper; they felt like it was a useful tool. Indig-nación wanted to create a Spanish-language newspaper with the same idea. They asked if I would create a poster for a Spanish-speaking audience, and later Occuprint reprinted the poster en masse.

I started researching May Day posters, and eventually I landed on a poster created by the Soviet artist Nikolai Kochergin, from 1920. The image was strong and had so much ideology behind. It featured three central figures: two men and one woman and children in front of them toppling over symbols of the old regime. The design elements, the use of shapes, and the format were super engaging to me as a viewer. I wanted to play off this historic poster with its basic structure of a circular background and grid pattern. I chose to use the Olmec stone stamp created 3,000 years ago. In this design, this juxtaposition of ancient and new imagery brings together printmakers across generations — pre-colonial, current, and “post”-colonial.

The characters I used are different races, multigender, to invoke a vision of a multiracial, cross-class movement that connects a lot of different people. The three figures are all looking in the same direction, so it is not a vanguard but a mass movement of people with a shared horizon. The crowd is based on a photo that I took at Occupy Oakland. It is always important to me to show a reference to the real movement in my images because that is where I’m at, that is where I produce from. 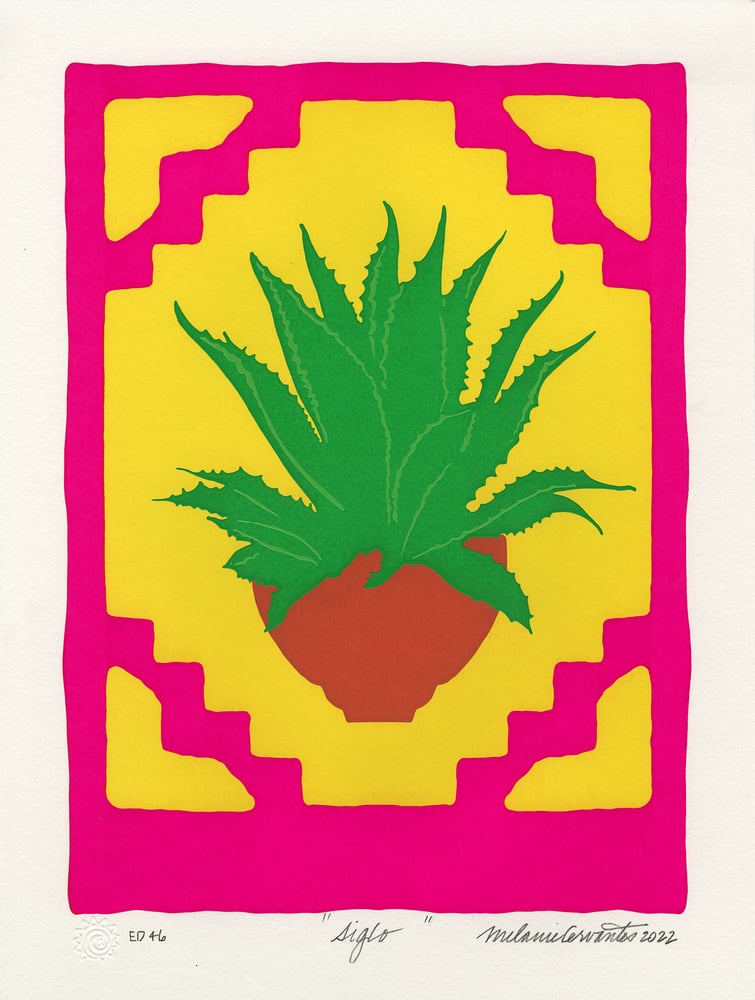 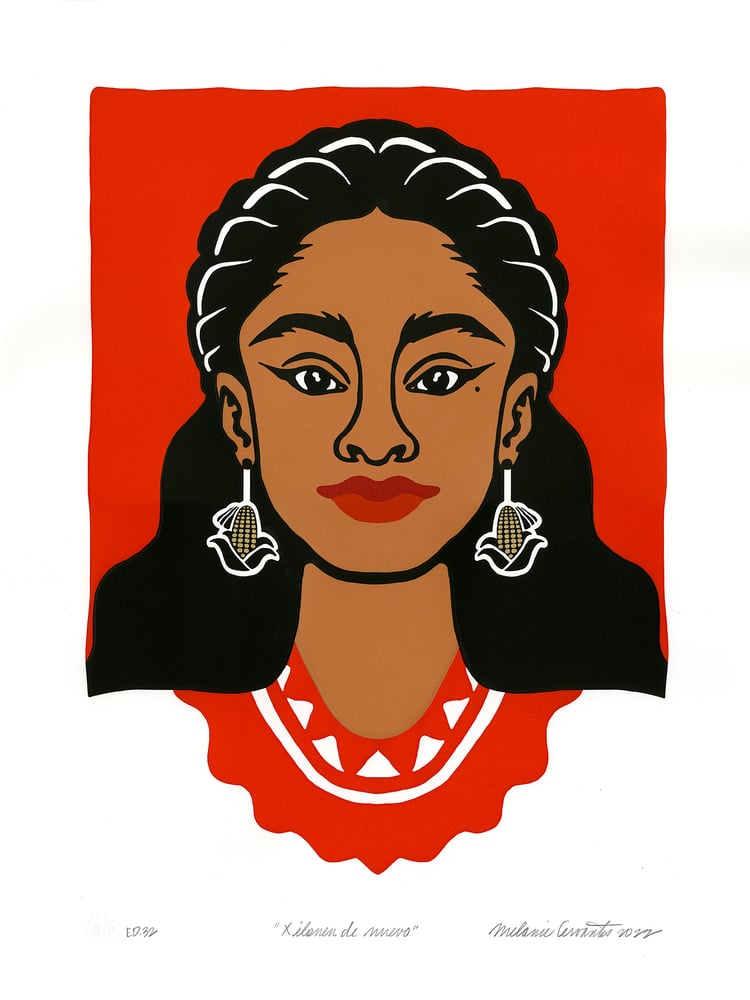 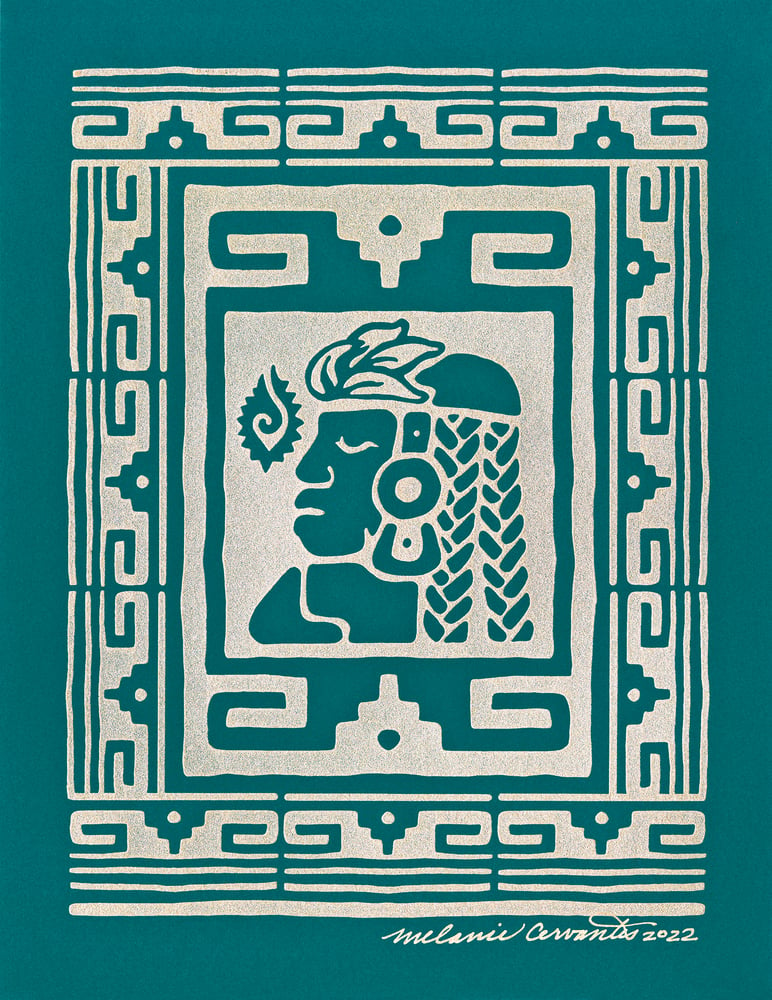